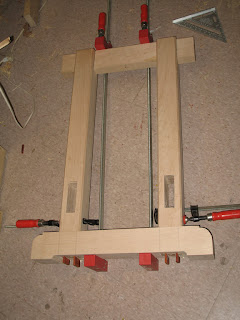 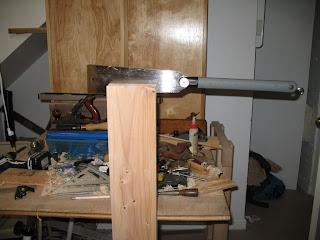 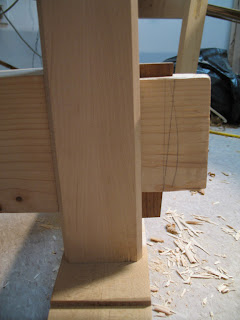 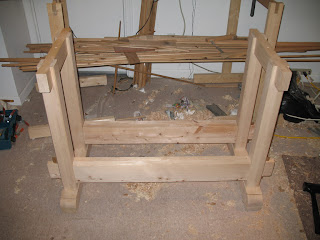 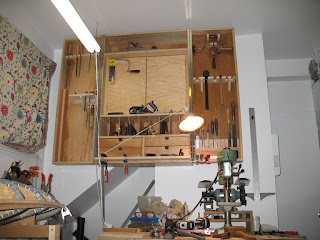 As my brother in law pointed out I was finally getting some momentum. Then I realized its been a few months since a post. However the good news is that the lack of posts has not been due to the lack of work. In fact I've been very busy lately and I'll be making quite a few posts in short time.

Shortly before Thanksgiving I went home to Pennsylvania with a Toyota Tacoma from Zipcar to pick up some tools and a dresser. I should mention at this time that I find being without a vehicle another challenge to a woodworker, but the availability of renting a pickup truck from Zipcar is invaluable.

I ended up bringing one of my routers, drill press, bench grinder, clamps, some wood and almost all of my hand tools along with my large tool cabinet to store them all in. 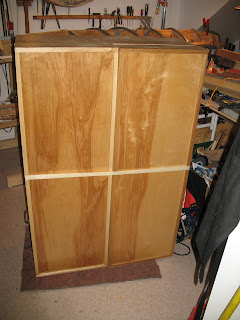 My utility room was getting very crowded. I was also pondering whether I could still call myself shopless. Indeed I still have a small space, and no large stationary power tools but many people do woodworking in even smaller places. Like this guy for instance. The extreme being a workshop in a bathroom. But even he has a bandsaw!
Posted by Kent at 6:21 PM No comments:
Newer Posts Older Posts Home
Subscribe to: Posts (Atom)